I accepted the phrase wholly when first introduced to the concept. The concept was born in Eric Berne’s San Francisco Seminar Through the years I have become increasingly uncomfortable with the phrase. Many persons have argued with me that people’s behavior makes this concept false. A psychiatrist argued against the concept saying, “Watch out for ‘third-degree Bernes'”. Comedians have joked about in their routines for years. A New Yorker cartoon (1972)1 caption had a woman on a phone conversation saying, “We are reading “I’m Ok—You’re OK” and we’re ok because of the martinis, not the book.” Most usage, I believe, have missed the true meaning of the concept.

My teacher, the late Morris L. Haimowitz, Ph.D/T.M*, said that I’m “OK—You’re OK” means, “I value myself and I value You.” The first time Morris mentioned this in my training group, I felt a breath of fresh air. He put into words what I had been feeling for years.

Religious literature such as the Hebrew and Christian bibles support this concept “loving self and neighbor.” Jewish theologian, Martin Buber, wrote a book, I and Thou (Translated by Walter Kaufmann, Harper & Row, New York, 1996) which espouses that all human beings are created in the Divine image and are valuable.

Mary Goulding, MSW, TM, emphasized another aspect of OK—OK understanding, “being” and “doing”. She taught at the Western Institute for Group and Family Therapy about being and doing strokes. The nature state of the person is OK by herself/himself. OK-ness is a part of our Being. There is a contemporary notion that one has to “do” in order to be OK. She taught trainees that each person is OK in their natural state without “doing” anything.

I had a couple in my congregation who were compulsive in a loving way of giving food and other gifts to me as a single pastor. I invited them for lunch as a Christmas gift to them. To their chorus of “what can I bring”, I answered, “Nothing! Bring yourselves for I love you the way you are and this is my Christmas gift to you.” They were OK as persons and didn’t have to give the pastor a gift to be OK. They came to lunch and a wonderful time was held by all.

I ask our Transactional Analysis community to re-visit the concept, I’m OK—You’re OK. Please don’t gloss over this important teaching. Help those in our therapy practice and those outside the office to understand the concept “I value myself and I value others.” 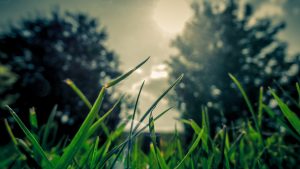 Hot American summers seem to bring out some of the worst in our society. Anger erupts, violence happens, reactions escalate, and the reverberations in the news have hardly subsided before it happens again. The construct of race (which is not an actual biological thing) and the embedded history of white supremacy in America, inform our cultural scripting in ways that are both conscious and unconscious. Recent publicity about implicit bias is at least bringing some of that to the fore.

Those who want to be idealists may dream of a society that is not burdened with the products of white supremacy; i.e.,white privilege, income inequality, marginalization of people by color, nationality, gender, and economic status, etc. I hope that people reading this blog aspire to that ideal and recognize where and how we need to face up to current reality.

Some people respond to the Black Lives Matter movement as it if it is part of the problem. It certainly highlights their discomfort with the historical truth.

I received this quotation from a friend:

“Perfect analogy for how critics of ‘Black Lives Matter’ get it wrong. Like suggesting anyone promoting ‘Breast Cancer Awareness’ thinks other cancers are not worthy of attention.”

The idea that supporting Black Lives Matter means that you hate police or wish them ill is way off the mark. Anger that is not managed on either side is just a descent into spirals of craziness, bringing out exactly the opposite of what is needed.

OK-OK communication within communities can prevent many of these problems, though breaking up cultural scripts isn’t done overnight. But after centuries, people?

I saw a report that today would have been the 75th birthday of Emmett Till. If you don’t know who he was, look it up. Just as the videos of today tell their stories, the pictures of Emmett Till after he was tortured and killed galvanized the country. We need to be galvanized now, to be honest about the uneven distribution of power in our communities.

I say, idealists, people who promote I’m OK – You’re OK thinking, please honor those who rightly stand up for people whose lives have been treated as if they matter less.

For an informative very short video on this subject, check this out:

Book available for sale on AMAZON

This book applies Transactional Analysis principles to children, parents, and families. It is an excellent resource for parents interested in learning more about themselves and their children, and how they can raise them to feel “OK”. It is also very helpful for mental health professionals who want to integrate TA with their existing skills.

The book is organized into 3 parts. Part I begins with an overview of the following TA terms: Strokes, Time structuring, PAC ego states/Functional diagram, transactions, Games/Drama Triangle, OK Corral, Basic life positions and Scripts. Examples, exercises and suggested TA related-readings are at the end of each segment. The authors begin by making a point to address the importance of the self-care awareness. They note the importance of handling your own needs as a parent, then taking care of a child. Part I concludes with Berne’s Marriage Scripts. The authors provide information about different types of marriage scripts and parent programming about children.

Part II provides detailed information about Psychological Development, including theories on attachment, trust, and symbiosis from gestation to infancy. Within the appropriately simplified theoretical information, there are practical examples and also advice with the message of making you “OK”s as a parent. One excerpt from psychological development in infancy confronts over-parenting. If either parent discounts the babies’ needs for becoming more independent and growing, they are also discounting ourselves as complete persons. Basing our OK-ness exclusively on our parenting skills discounts ourselves as well as our children (p.95).

Babcock and Keepers take the reader through each phase of childhood and milestones. Each segment addresses age appropriate issues that arise, such as toilet training and emotional regulation for toddlers, teasing in grade school, and sexuality in multiple phases. All segments have an insightful section toward the end in bold titled ‘psychological tasks of parents’ pertaining to that particular stage.

The chapters continue on until adulthood and aging, addressing socialization, script development of the child, adult ego state development, and re-examining your own life script throughout. There are examples of transactions with diagrams within the text.

There is so much to love about “Raising Kids OK”. Babcock and Keepers did a fantastic job of providing a comprehensive TA overview that is realistic and applicable to parenting in all phases. With the segments broken down a parent can flip to the section that applies to them after reading through the overview of TA principles. It was written in a way that parents could comprehend, and that people already familiar with TA would learn from as well.

As someone who is a parent of a young one, I continue to reference this book and recommend it to parents. The criticisms to point out may be its age and accessibility. Updating examples, format and content may help the reader. Supply is generally limited to purchasing used online. My copy must have been from a library since it was stamped red with “DISCARD” on the inside cover. Despite that, Raising Kids O.K. is not leaving my collection any time soon.

Book available for sale on AMAZON