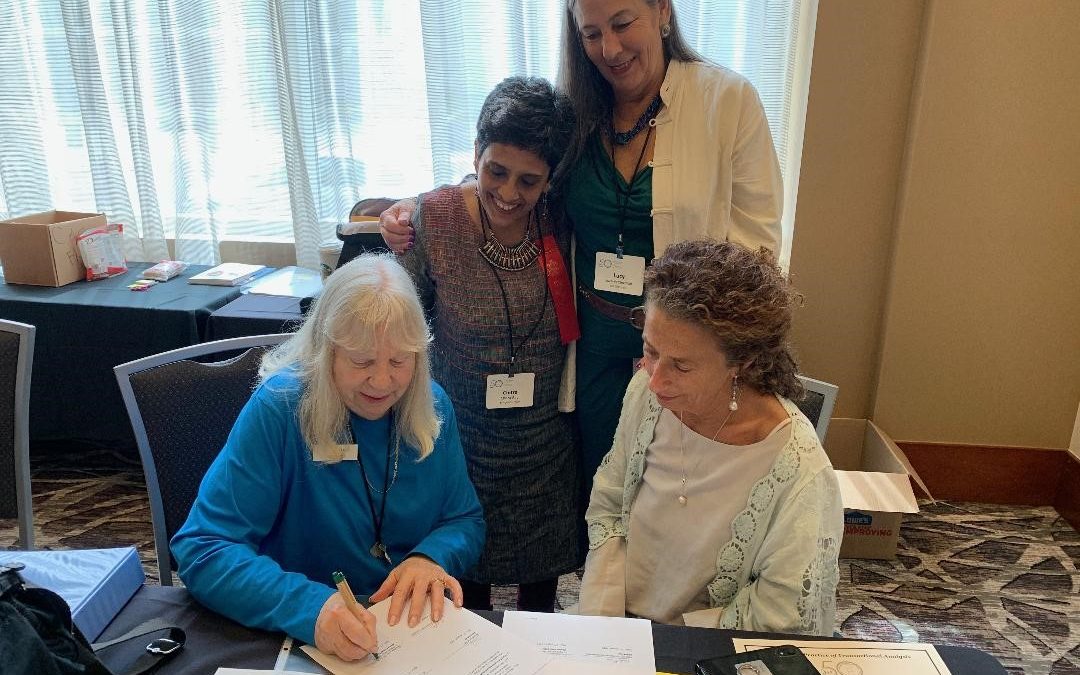 This article was originally published in The Script, Vol. 49, No. 10, October 2019. It is republished with permission of the ITAA.

One of the exciting developments at the Raleigh Conference was the signing of the partnership agreement between the ITAA and the USATAA. Most instrumental in reaching this agreement were Dianne Maki-Sethi and Lucy Freedman for USATAA and Chitra Ravi and Elana Leigh for the ITAA.

Regarding the signing, USATAA Finance Coordinator Dianne Maki-Sethi said, “We have had a long-standing relationship coproducing conferences together, and I know we are looking forward to a long, close, and productive relationship going forward. USATAA Immediate Past General Coordinator and current Coordinator of Programs Lucy Freedman added, “In 1983, Vincent Lenhardt of France and I began the ITAA World Integration Committee, and those efforts helped get the ITAA Long Range Planning Committee going. Of course, Felipe Garcia is recognized as the founder of USATAA, with Fanita, Muriel, Mary, and me in the early days. As I think about that history, I see the longer arc of TA development being truly worldwide and hope that growth and thriving of TA will be regenerated in the United States as well. ITAA Vice President of Operations Chitra Ravi adds, “Signing the USATAA/ITAA partnership document was a moving experience, with the four of us sitting together in the land of Eric Berne and the classical theorists where TA has its roots. This document signifies the possibilities of the spreading of TA across regions and countries to take it as far and wide it can go.” ITAA President Elana Leigh offers, “I think what Lucy says about how we have come full circle is moving and significant. Sometimes we need to separate in order to reunite as two fully independent parts/selves/ associations. We stand in the same place as if for the first time.”

The idea for a USA TA Association began in January 1982 when Felipe Garcia called a meeting of interested US ITAA members to begin work on founding an association. By that time, many other countries in the world had developed their own national associations, and multinational groups were beginning to emerge. It became apparent that if the ITAA was to become a truly international organization rather than a US organization with worldwide membership, the USA needed to have its own association. By the summer conference in Snowmass, 133 members had become members, and there was a party to celebrate the new association.

The intent of USATAA was to create a grassroots, nonhierarchical, cooperative form of government with equal distribution of power among all voting members. The USATAA TA Practitioner Certificate is now awarded to people who have completed an introductory modular TA training program or equivalent material. In recent years, USATAA has held annual gatherings in Jamaica during the winter. With its website, training activities, conferences, and educational materials, USATAA intends to be the primary organization for people who practice TA in the United States.

We are delighted to welcome USATAA as the newest ITAA partner. 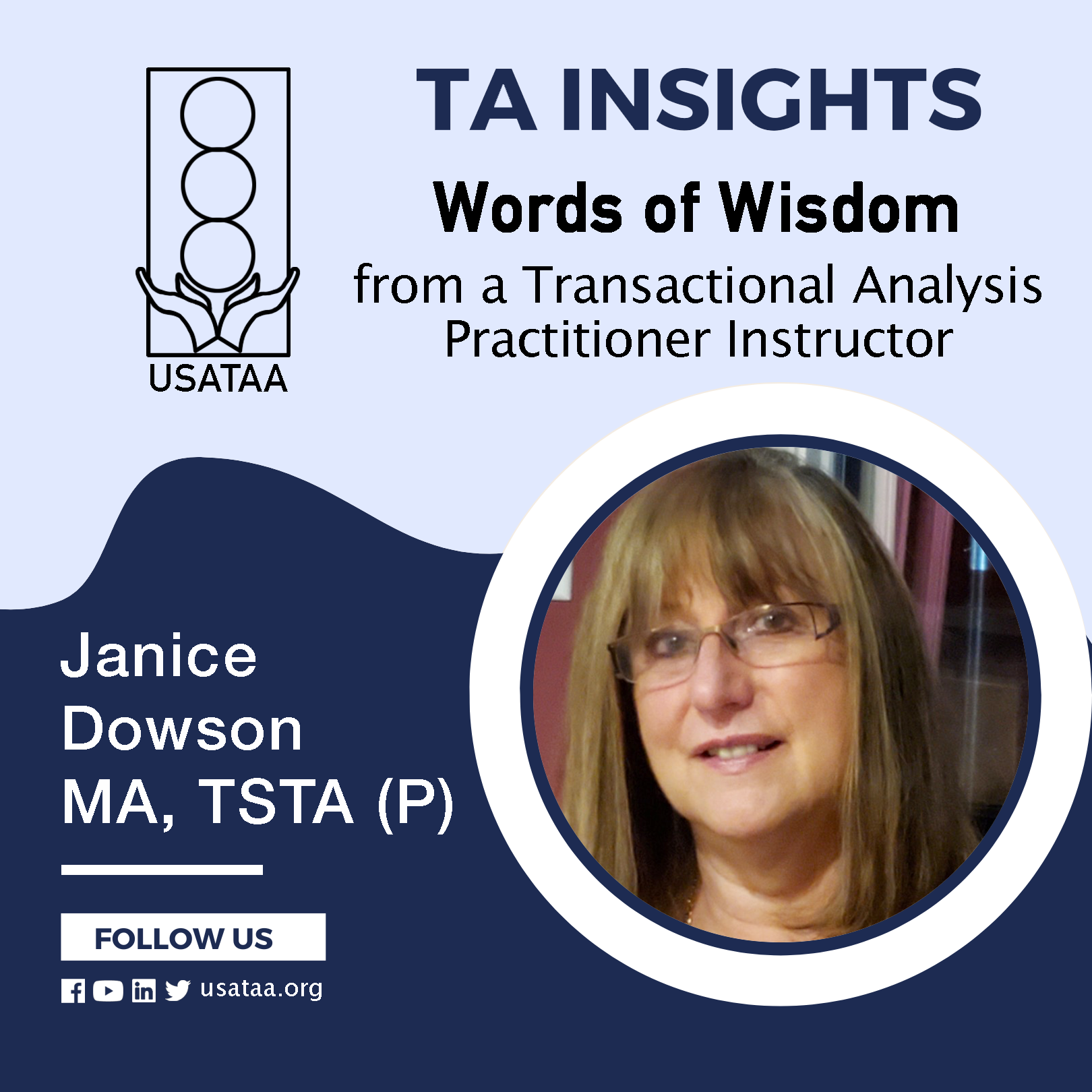 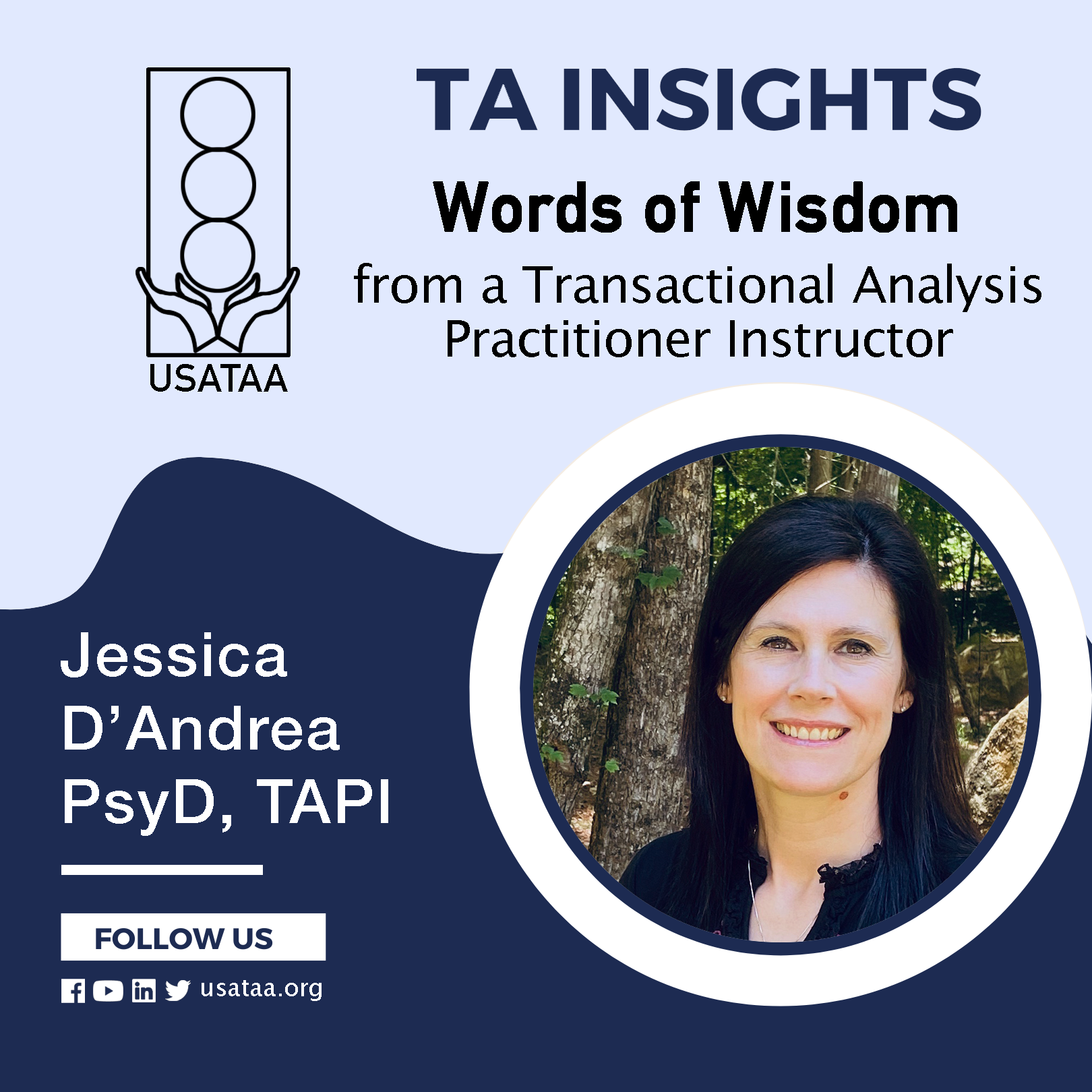 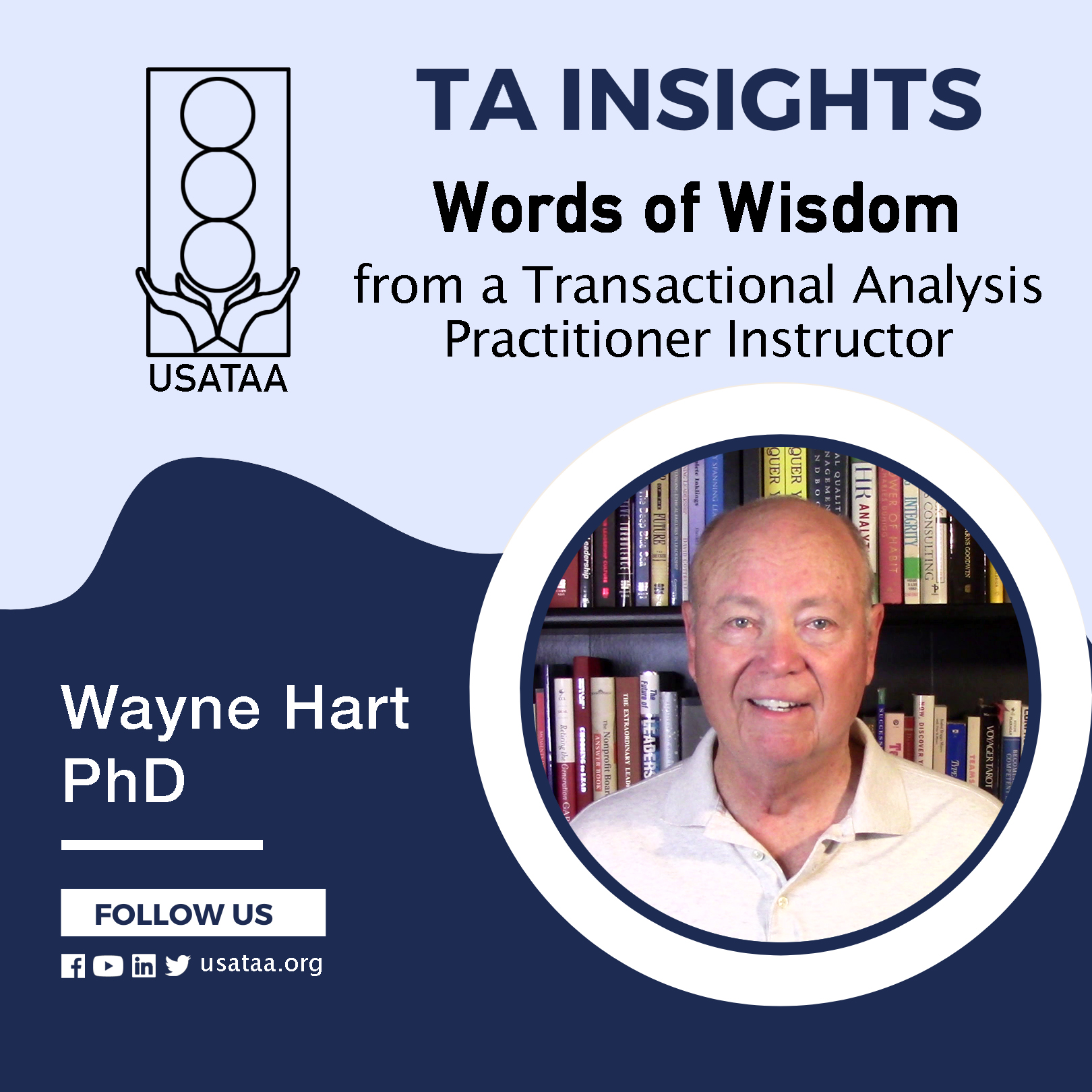 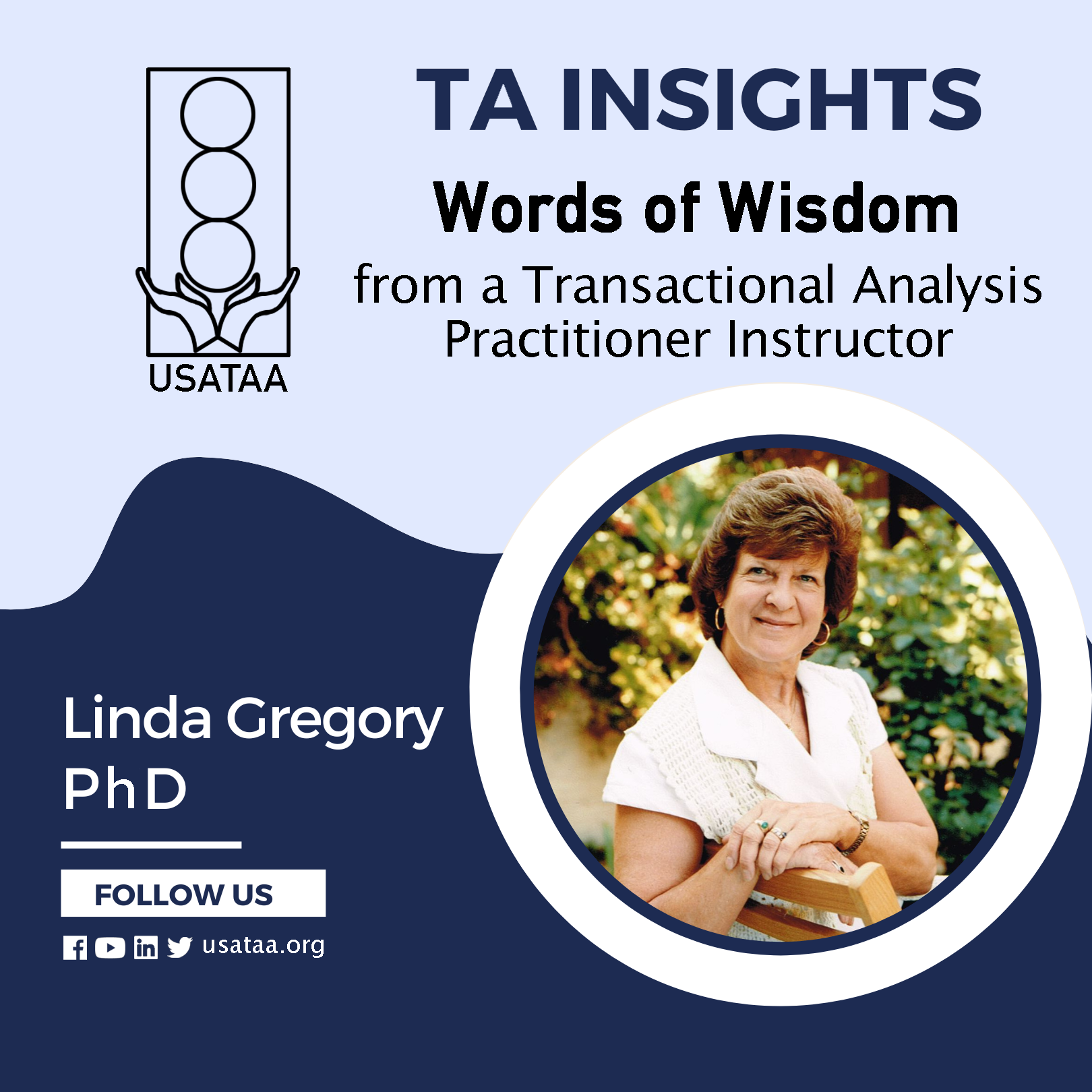